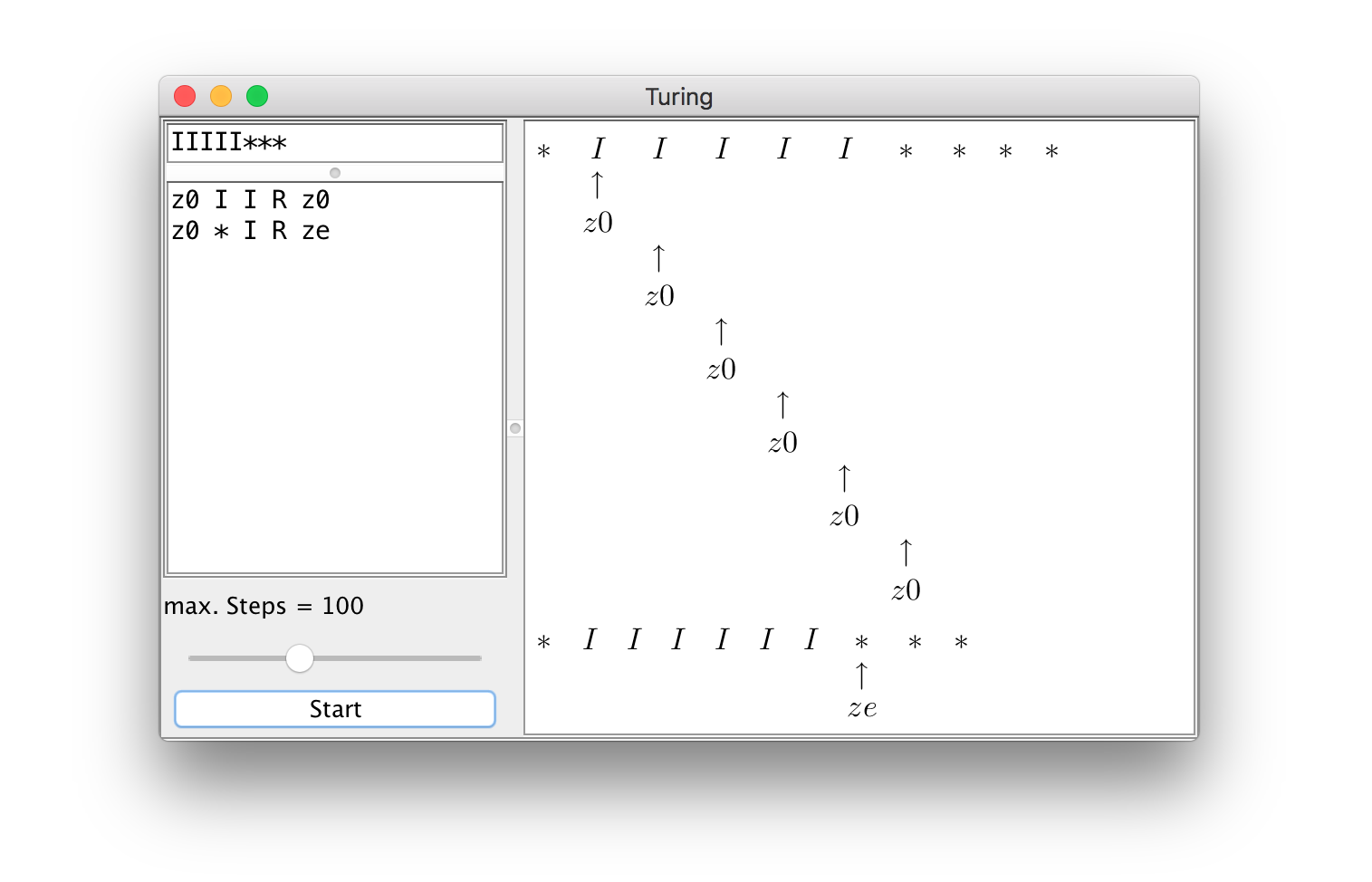 Note: This software requires a java-environment

This software is meant for teaching the principles of turning-machines as a fundamental concept in the field of computer science.

The software is licensed under the terms of GPL3 because it uses JLaTeXMath for rendering the user interface.

Hint: In order to use multitape turingmachines, you have to enter multiple lines as input. Each line will then be considered to be one tape.